After Paraview imports the pvsm file, the model order changes.

Hi all,
Steps:
Open multiple models in ParaView, the order of models as below: 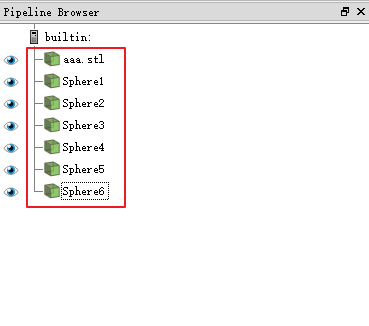 Click Save state in file menu, we got a pvsm file.

Startup another Paraview, and loading the pvsm file created in previous step.
It is obviously that the order of models is different, as below: 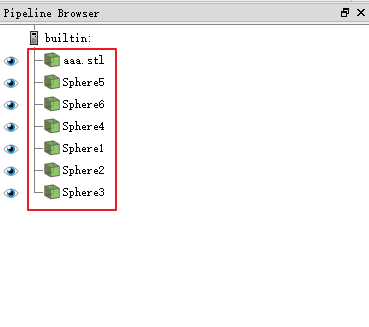 problem:
How to keep the order of models in pipeline browser after load the pvsm file?

Not possible currently, can you explain why do you need to keep this ordered ?

The usage scenario is as follows:
there is a main model (such as Sphere1), other models (such as Sphere2) will be attached to Sphere1, and attributes such as radius and color will be associated with Sphere1, so when creating, you need to ensure that Sphere1 already exists.
However, since the pvsm order is random, there is a problem.

One thing you can try is saving your state file as a python script instead of a pvsm file. This can be done by selecting to write out a py file instead of a pvsm file in the Save State feature. Because this will generate a script that executes commands to get back to your state, you have control in the order that things happen by modifying the script if necessary.

attributes such as radius and color will be associated with Sphere1

What do you mean by that ? PropertyLink ?

I will verify this method, thank you very much!

How do you define the radius of Sphere2 as a percentage of Sphere1 currently? The only way I can think of is through Python scripting, as @Kenneth_Moreland mentioned. There is no mechanism to set one property as a function of another that I know of in the ParaView UI.