With this, the user is then able to go to the “Display” section of the property panel and load the same file again as a texture.

But this is for a user not really intuitive: Why should he load the same file twice - once for defining the texture and then once again for the actual texturing?

I found some “plain VTK” example code that does the trick of applying first texture mapping to a quad, then also the texture - in one run: https://vtk.org/Wiki/VTK/Examples/Cxx/Visualization/TextureMapQuad

There they use a vtkTexture object, a vtkPolyDataMapper and finally bring everything together with a vtkActor - but there I am lost how to apply this logic inside paraview and where I would have to put such kind of code: maybe not in the “RequestData” function of my filter code!? But where else!?

Any helpful hint or example?

Of course this “one step texturing” is the “nice to have” part of my job: the automatic extraction of texture coordinates from the image georeferencing is already the big achievement - and if it is not otherwise possible, I will have to explain the customers that they need to load the image twice - no matter if they find it intuitive or not…

Digging more in the different VTK classes, trying to understand the logic of how “items” are displayed in a 3D view and texture is applied, I am getting the impression that I should possibly try the opposite way than starting with a “filter” and try to “hack in” also the functionality to apply also the actual texture - which is basically the job of the “representation”.

I might instead have to derive an own “representation” plugin that extends the texturing feature to reading and evaluating georeferencing info, generate the texture coordinates from it and do the actual texturing. Maybe this would also open the way to stopping the automatic tiling - which is not very useful in the case of projecting maps or aerial photos on a topo surface!

Instead of writing a filter, I tried my luck now indeed with a “Surface with Texture” “representation” plugin. (Yes it was very helpful that this was not my first “representation plugin”!).

And it works so far that the user can now load a topo surface (“poly data” - triangulated surface), then switch to the “Surface with Texture” representation, and in the “Display” property panel choose a texture file: If that file comes with georeferencint information, such as Geotiff or ESRI world file, this will be automatically applied (thanks to the GDAL reader!) and the texture projected to the right position.

But now from within the “representation” logic, I have access to all the classes/objects that look relevant for this kind of action: the “texture”, the “actor”, whatever…

…and one more thing: I my new “solution” the bitmap image is now also upside down, not only black/white…

Anyway, it looks like I will have to study the roles of the “texture”, “mapper” and “actor” classes now in this context - and which one would be responsible for which of the effects: “upside down” - “coloring” - “tiling or not”.

And the other good thing is that the cooperation of these three is very well explained in this example: https://vtk.org/Wiki/VTK/Examples/Cxx/Visualization/TextureMapQuad. Only I need to find out now which one does what!

However, now I get the thing that is called “clamping” (even with "EdgeClampOff), i.e. the edge pixels of the image are repeated “infinitely”. It looks like the “classical solution” for that problem is to apply a 1 pixel padding with a color, like white, to all edges of the image, which is supposed to be possible with the vtkImageConstantPad filter.

But this ends in a crash - and I have no idea what could be wrong with the following code:

The error message is:

I can turn it round like I want, but I can see no real error in that code, also comparing with tons of examples where others seem to have used that vtkImageConstantPad filter successfully!

Still also I did not find a solution to solve the color problem.

Below you can see a screenshot of “manual” georeferenced texturing with a Geotiff, using the normal “Surface” view, and right a screenshot of my current “state of the art”. You see that I already got rid of the “tiling”, but still the colors are not there, and the “clamping” is ugly for this case.

I realized that the GDAL raster reader (which is derived from vtkImageReader2) does some data transformation in the sense that it delivers always only one data item (scalar) per pixel and transforms it into double. The idea is obviously that typical Geotiff images are not really “images”, but actually elevation values, and as such this is working very well.

Only one last cosmetic problem remaining: the vtkImageConstantPad filter allows me to set a “constant value” for the extra pixels. However, what I would like to do is: specify a color! But whatever value I set with the SetConstant function - the result is always black. Ok, better than both tiling and clamping anyway, so I am already quite happy now! 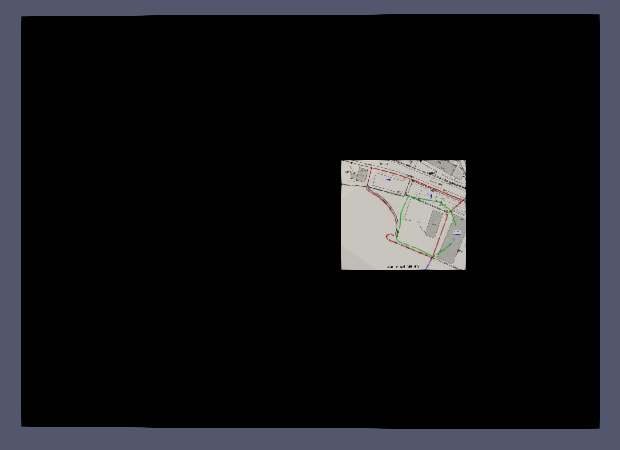 I was wrong with the statement that no matter what “constant” value I give to the vtkImageConstantPad filter would bring me a black background! My assumption actually was that because SetConstant takes a double, values should be between 0 and 1. 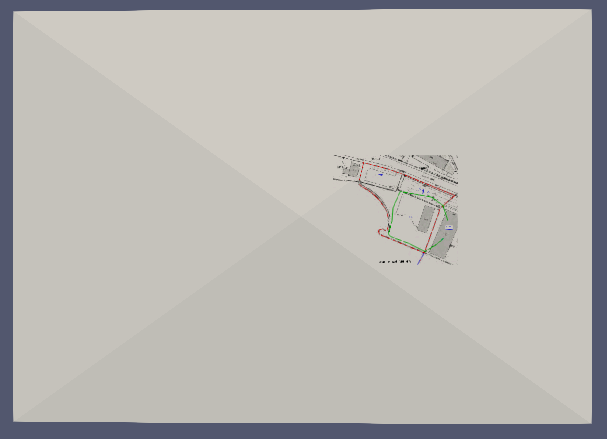 So I am clapping my own shoulders

and proceed to the next jobs…