Hi
I have a domain with 2 mesh blocks. I want to threashold based on a temperature range and then apply the Connectivity filter to obtain discrete regions, each region having a discrete ID. 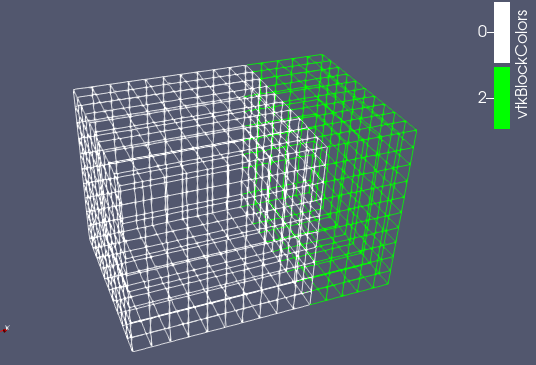 Once the mesh is imported, if I Threashold and the MergeBlocks I can obtain the regions I want. Example of 8 discrete regions RegionID 0-7 shown below. 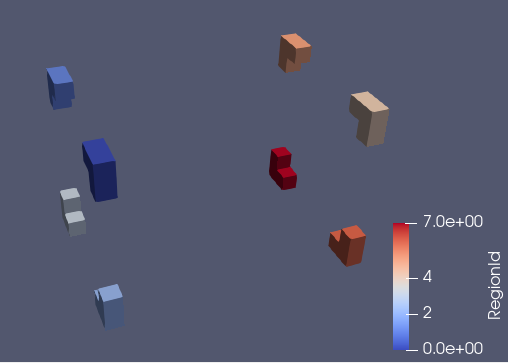 However, if a region spans the mesh blocks (although data now merged), the RegionID is defined as 2 separate regions, (RegionIDs 0 and 1) not the single region it is in reality. 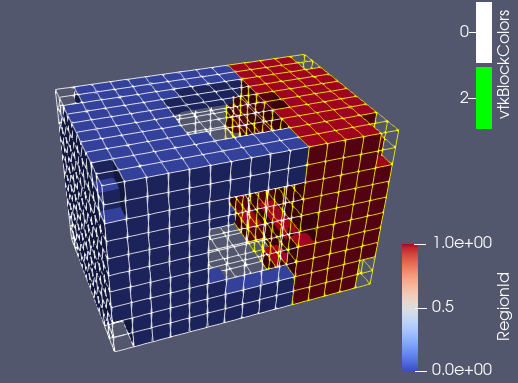 Is the Connectivity filter working correctly, or is this behavior a bug?
Is there a way to achieve what I want? i.e when a regions spans mesh blocks it is defines as a single region.

I also find that I have to apply the Threashold filter, before MergeBlocks. Can anyone explain why this is, why can I not merge the blocks, then threashold the merged data set?

The connectivity filter follows topological connections. That means for two neighboring cells to be connected, they have to share points. Probably what is happening is that you have cells with points in the same place, but have different topology. Typically, you solve that by merging points.

The Merge Blocks filter has a Merge Points option. This option should merge coincident points so that the connectivity filter works. First, make sure that option is on.

If that does not work, it might mean that your points are close, but not quite close enough. If so, try running the Clean to Grid filter on the output of Merge Blocks. That filter also has the ability to merge points, and it additionally has a Tolerance parameter that lets you select how far away points can be to be considered the same. That should allow you to merge the points enough to allow the connectivity filter to work.