But in Paraview, the streamlines are not continuous - they get halted by the cell transitions (wherever there is a change in refinement level).

Its as though the mesh doesnt know that some cells have 4 (smaller) neighbour cells on one side.
Any ideas how to get around this? Thanks Giles.

You cells are not considered to be neighbors, so the streamlines can’t go trough.

You either need to use a true multi resolution data (AMR) or you need to have this kind of geometry, with a transition layer : 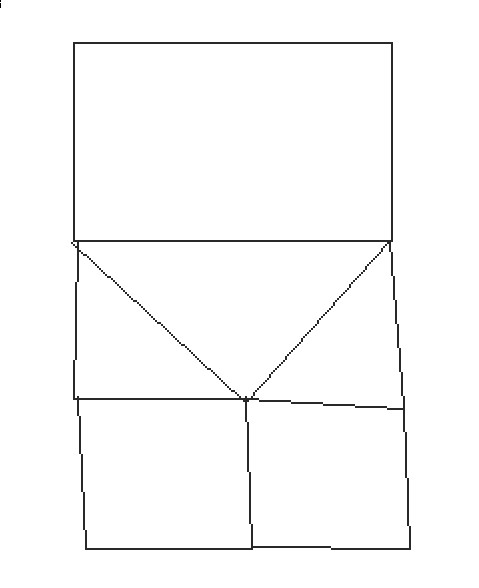 I am not sure that’s the case. I think this may be just a matter of changing the locator used. However switching to cell locator raises can't evaluate datasetset errors.

In the advanced mode of the streamtracer filter, there is an Interpolator Type parameter which when set to a Cell Locator should work. The cell locator does not care about cell neighbors when evaluating positions.

By the way, as Mathieu said, from VTK’s perspective, this is not really a manifold mesh and you will likely run into other issues. One example is that some of the internal faces will be treated as external faces. You can see this by setting the opacity to < 1.

ok thanks - I thought that may be the case

so why doesnt the cell locator work on my mesh ?

I though of a workaround. create an equivalent fine rectilinear mesh, and then resample the octree solution onto the rectilinear mesh. It works sort of, even though its a bit patchy in places.

Are there any other ways to workaround it using the filters. I though that converting to tetrahedralizing it would do the job? Thanks guys! 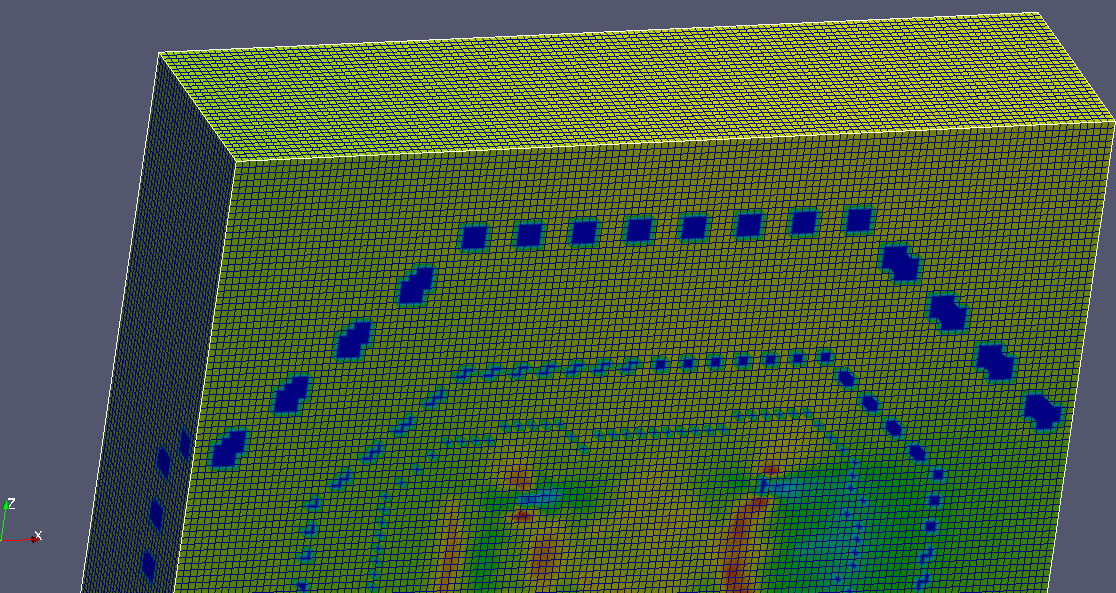 I am not sure what you mean by it not working. Here is the result with the cell locator. 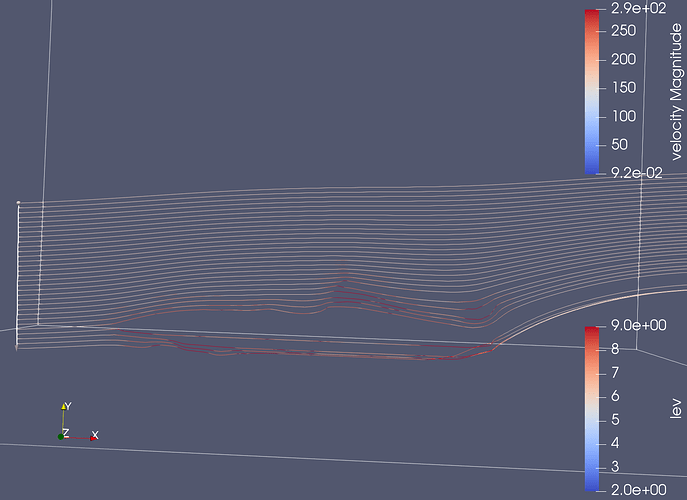 Whereas with the point locator: 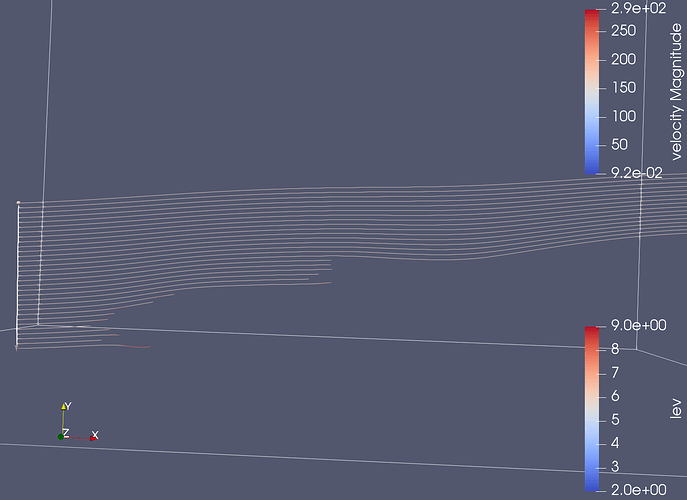 Did you toggle the advanced parameters by clicking on the gear icon on the upper right? 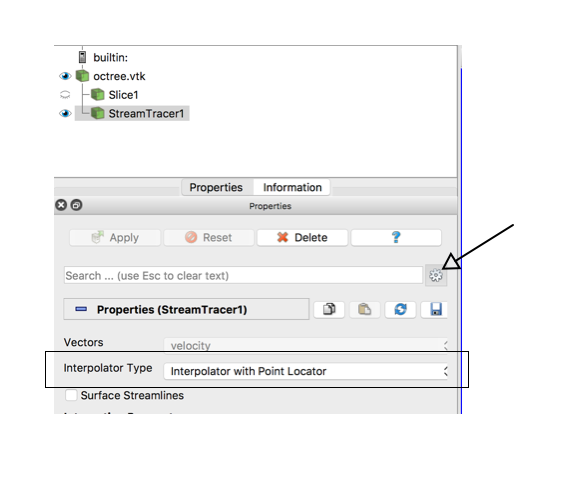 you must be using a different version that works because it doesnt work in mine,
3.98 and 4.3 both give errors 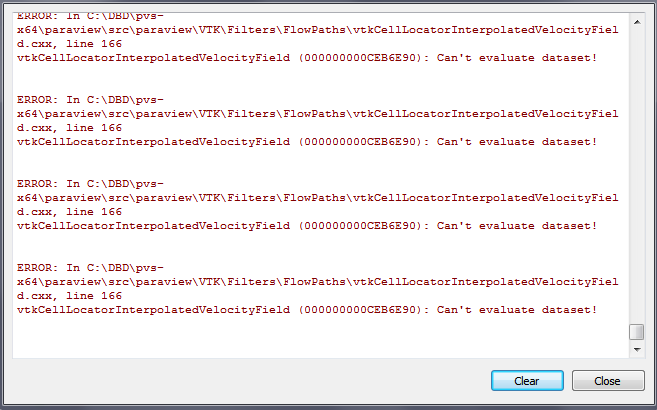 That’s old in the ParaView world. I was using the latest.

will have to install the latest…

tried installing a more recent version of paraview v5.0, but it crashes and says my graphics drivers are not sufficient 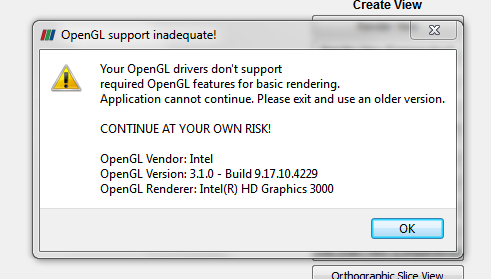 the latest version that I can use is version 4.4, but that still gives an error message:

What is the GPU on your computer ?

Are your graphic drivers up to date ?

well the laptop seems to think they are up-to-date - not sure if can improve on that.

OK I now know why this works for me and not for you. It is not because of the version. It is because I have the setting “Auto Convert Properties” turned on and you don’t. Assuming you have this setting, you can turn it on or you can simply run the Cell Data to Point Data filter. There is a small bug and the cell locator does not work with cell centered data. I will look into fixing that soon.

Well nice idea, but having checked that box in v5.2.0 it still imports the file with no contours whatsoever.
(so i dont know why that doesnt work either)

But more importantly - I dont want to have to filter (average) the data in that way.

In version 3 & 4, the file imports and I can see the actual cell centred data just as expected,
so I dont understand why v5 doesnt do this basic task. I just want to view my cell centred data.
The figure here show difference between original and filtered (cell -> point) data, which is not pretty

You don’t have to display the interpolated field. You just need it to integrate the streamlines. You can still use the cell data from the original data for surface display slicing and such. Interpolating from cells to points changes the streamlines slightly also but not enough to worry about accuracy.

There are several seperate issues getting mixed up here I think, and thats probably my fault:

At the moment I will have to stick with Paraview v3 or v4 because they are least problematic.