how to remove moire patterns?

Hi, I was working on some nematic liquid crystal visualizations on a spherical surface, but had some Moire patterns on the rendered window. Screen snapshot is attached. 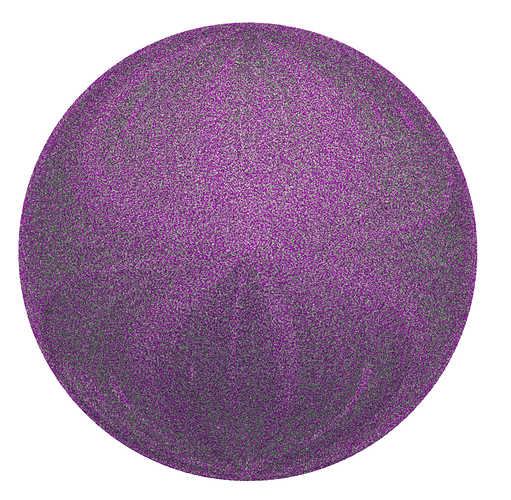 There are 1million liquid crystal molecules there. If the orientational distribution is random then the moire pattern is gone, but I do need to create some visualization for this nematic orientation distribution. I’ve got no clue and tried to tweak lighting and using ray-tracing but could not figure it out.

Moire patterns occur due to an aliasing between the pixels and the points being drawn.

One thing you can try is creating a different resolution image. Try saving a screenshot of a very big image. (ParaView can create a screenshot much bigger than the display you are rendering on.) If you increase the number of pixels enough, perhaps the added sampling will reduce the moire patterns.

You might also try playing with the opacity of the points. Maybe some blending will reduce the moire patterns.

Unfortunately increasing the resolution leads to a large image (a few megabytes) that I’m not able to open on my computer, also the whole model visualization at this scale exceeds the available gpu ram.
It looks I have to render the sampled continuum field on this scale instead of trying to display every single molecule. The continuum field on a mesh is free from this Moire pattern issue.