Is it at all possible to display graphics in parallel projection?

For some reasons I don’t want to employ perspective when visualizing the graphics. 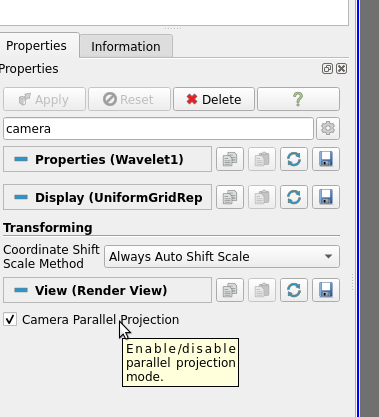 It might be nice to elevate this to an icon on the toolbar. A lot of other graphics programs put projection mode settings with their other “view” toolbar items:

Especially considering that there’s all this real-estate (for me anyways):

You mean that one?

That button does 2 things:

IIRC, that button switches you to a 2D view mode restricted to the XY plane? It doesn’t switch between parallel and perspective projection modes within a 3D view.

EDIT: Just tested, not restricted to a 2D plane, though it’s painful that the interactor mode changes thus destroying my ParaView muscle memory. I actually never knew that it still allowed you to cntrl + rightMouse (for me) to rotate in 3D… it never crossed my mind because the button says “2D”.

EDIT 2: The nice thing with a “train tracks” image or “perspective cube” icon is that they are very clear in the single piece of functionality they provide. No confusion between “2D” and “3D”, wouldn’t expect such a button to change interaction mode, no need to translate text. Plus it’s an icon / button common to CAD / CAE software.

There is some funny interaction between the 3d/2d button and the camera-projection checkbox. 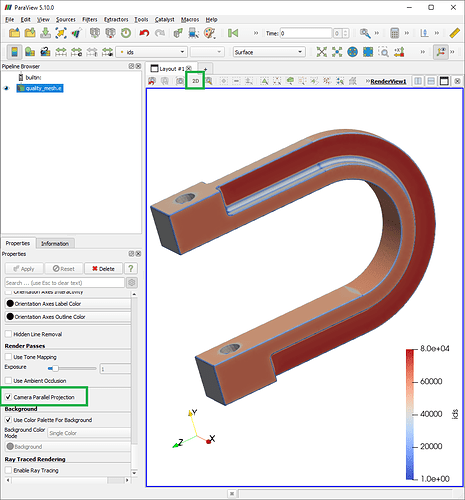 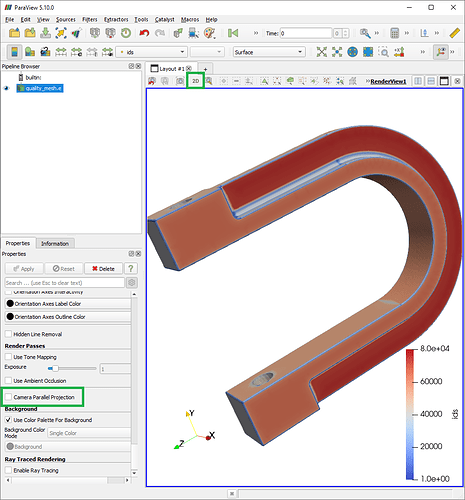 Not great, but you can configure your 2D/3D interactor to behave the same. In which case that button became the “Camera parallel projection” toggle.

Like you are suggesting it might be worth decoupling projection and interaction. I’m just mentioning that button as it is already there…