I am extremely new to Paraview. I am using the desktop app and I am trying to load three tif files. One of the tiff files loads, but the other two do not. In preview when I select Open Files and then select the files I want to load, I press “Ok” but the file Open Files window stays and nothing happens. However, for the working file, when I press “Ok”, the Open File pop-up goes away and my dataset is loaded. Is there a reason why this is happening?

Which version of ParaView are you using? There was a bug in the multipage reading code which maybe what’s causing the reader to hang. The bug was fixed in the nightly versions, however it missed the 5.6 release cycle. So you may want to try with the nightly binaries, if possible.

I’d recommend trying the nightly binaries. If that is still failing, feel free to share the data causing the issue and we can see what’s going on.

I have added the files to the following folder as they were too late to upload:

any help would be greatly appreciated

Looks like it’s the filename with () that’s causing the issues. I was able to load them by renaming the files to not have the () suffixes.

This did not work for me, what I did was rename them as implant2.tif and healthy_16.tif but they still were not able to load.

which OS are you working on?

I am using Mac OS

I hate to bring this up again, but I am still having trouble uploading these other two files. Did you only rename the files and they were able to upload? Thank you! 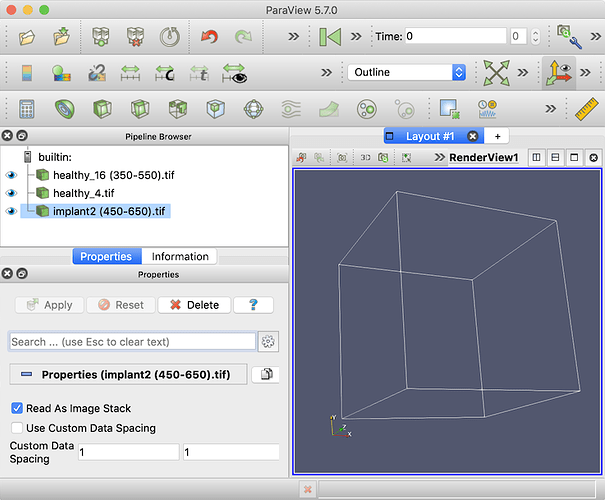