No matching fbconfigs or visuals found. Libgl error failed to load swrast driver. I dont have my knowlogde of nvida drivers and symlinks but they appear to be correct. 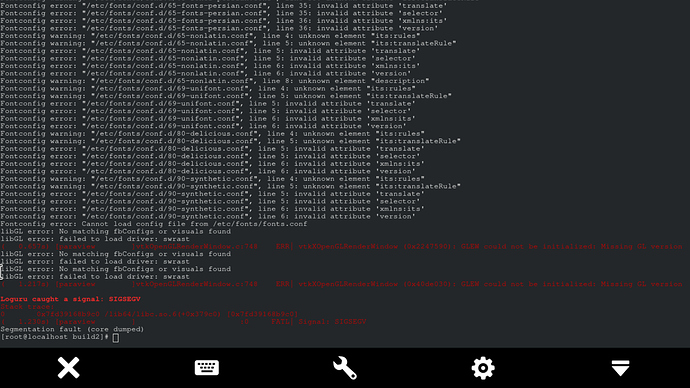 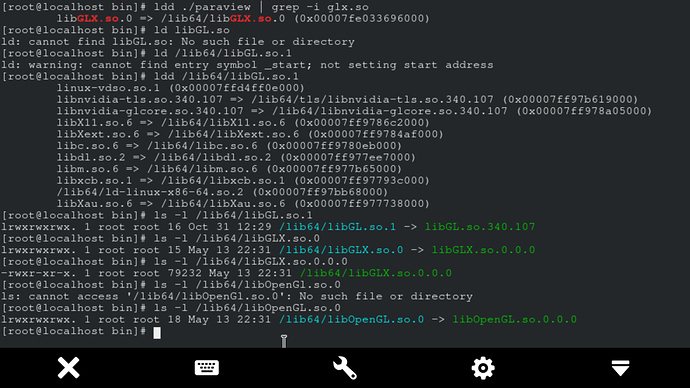 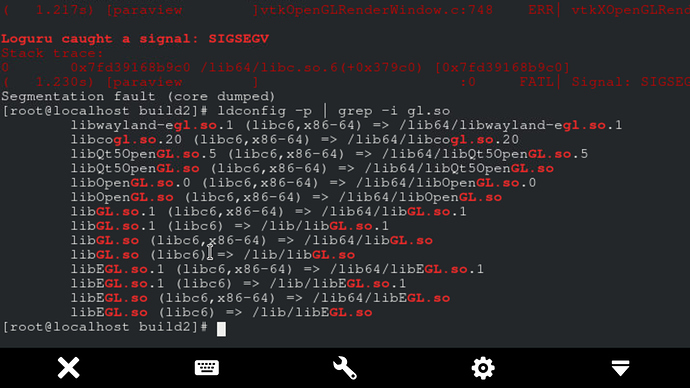 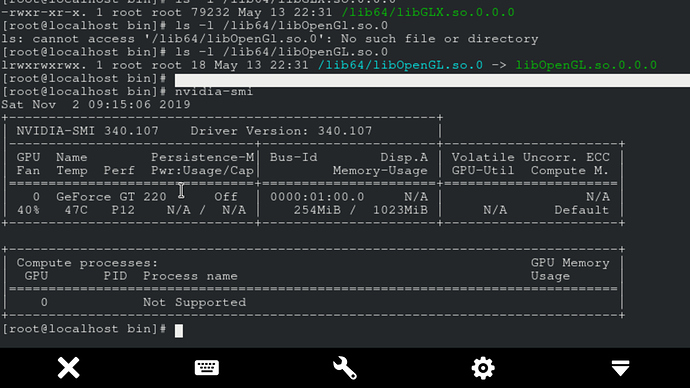 Looks like a graphic driver problem, or maybe your GPU is too old (it is 10 year old).
Your drivers seems up to date according to nvidia website.

You can try running with mesa.

For paraview rendering on-screen, shouldn’t be using my driver x11 libraries?
On documentation of Nvidia, I have these libraries installed: " * An X driver (/usr/X11R6/lib/modules/drivers/nvidia_drv.so); this driver is needed by the X server to use your NVIDIA hardware.

It looks like you are using Wayland. I don’t know much about Wayland, but I know ParaView does not explicitly support it.

@hgropelli I know this is a fairly delayed response, none the less though…

I don’t think there’s anything wrong with your build or drivers, I think it’s a glvnd configuration issue and the wrong GLX implementation getting selected. ldd ./paraview is showing paraview linked to libGLX.so, which is the glvnd dispatch library, not the driver itself. The way it works is libGLX.so is linked to at compile time and loaded at runtime, but it doesn’t actually implement any driver calls.
Then at runtime, when first loaded, it searches for an implementation of the form libGLX_vendor.so which it then loads and dispatches all GL calls to. This configuration is fine, and is in fact how the modern GL stack works on linux, however,

Try explicitly telling the glvnd library to use the nvidia backend instead of the mesa backend via export __GLX_VENDOR_LIBRARY_NAME=nvidia; his should force libGLX.so to search for libGLX_nvidia.so at runtime.