I have just installed Kubuntu 18.04 and I am seeing the rendered image only fill part of the render window. See: 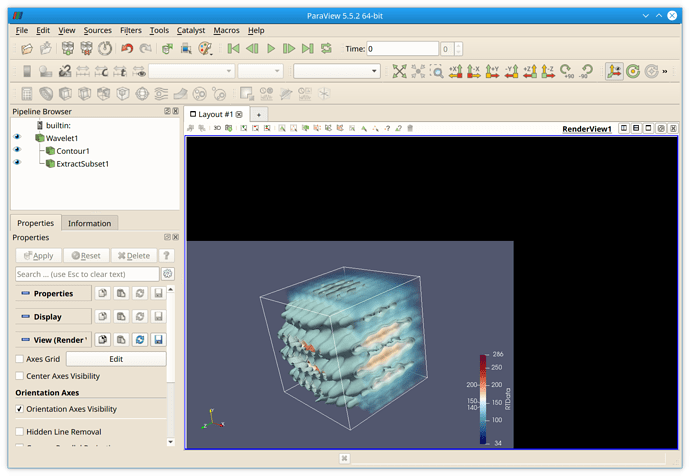 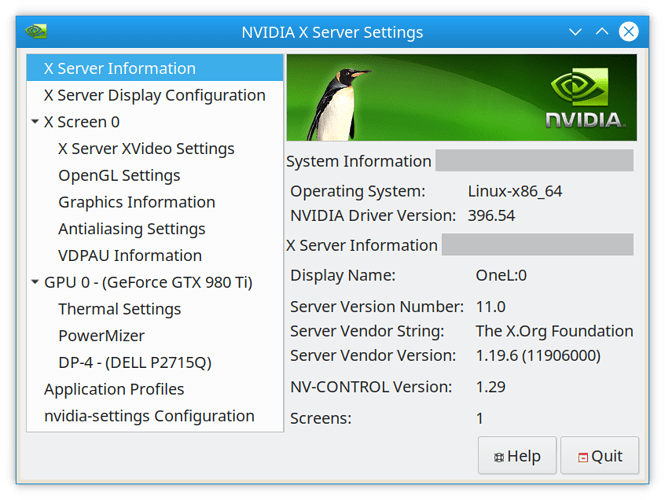 NVidia.png846×636 181 KB
.
I have run ParaView from the command line and also using the --mesa option and the same problem exists.

I just installed Kubuntu 18.04 on a Dell XPS15 whose video cards are: NVIDIA® GeForce® GTX 1050Ti with 4GB GDDR5 and Intel® UHD Graphics 630. I see the same issue with the NVidia card active, however when using the Intel card everything is normal.

It is not a Qt issue, I have a Qt/VTK application that runs as expected, additionally all the VTK code seems to work Ok with respect to changing window size etc. These were built with Qt 5.11.1.

When using Windows, the ParaView/NVidia combination works Ok, as both these machines are dual boot ones. So given the fact that the the Intel card in Kubuntu works Ok is there something extra I need to do when Using NVidia cards or is this an issue that needs to be fixed?

this sounds like display scaling issue. Andrew, mind giving the upcoming RC1 a try? We did change the Qt widget entirely, I wonder if it’s better at handling the display scaling.

Thankyou Utkarsh,
I downloaded the latest nightly, corresponding to ParaView-5.5.2-810-g3c83280-Qt5-MPI-Linux-64bit and the issues I outlined are fixed in this.

Thanks for getting back so fast!

Great! Thanks for testing, @Andrew_Maclean.