Hi, I’ve been trying to build Paraview by following the guides here and here, however, I have run into some issues when attempting both ways. I’ve followed the Windows dependencies, having installed the appropriate versions of CMake, VS2015, ninja-build, the Microsoft MPI files, Python for Windows, and Qt 5.12.3 with the MSVC 2015 component installed, and the appropriate additions to the PATH environment variable.

I believe I have obtained the proper source, having cloned the repository using:

I then run the following in VS2015 x64 Native Tools Command Prompt:

After a while, I get a long string of syntax errors that I have attached to this post. Does anyone have any suggestions? I’ve tried building with VS2015 but also eventually run into these syntax errors which cause the build to fail. 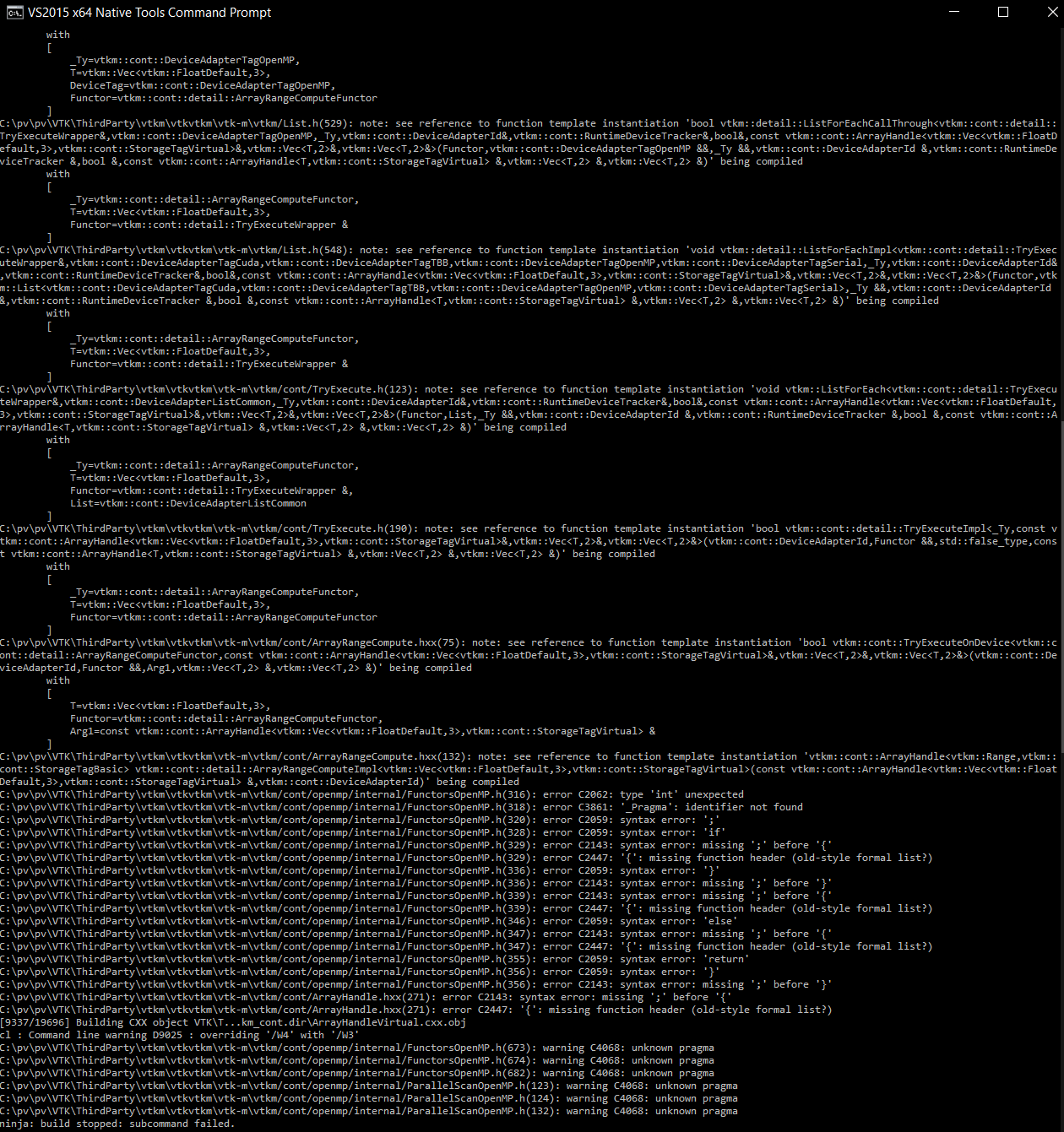 A simple work around is to either set PARAVIEW_USE_VTKM to OFF or VTK_SMP_IMPLEMENTATION_TYPE to SERIAL.

Thank you! Using DPARAVIEW_USE_VTKM=OFF worked for when building with ninja, but when I try to build with VS2015, I get the errors in the image below. Also, it appears that I can only set VTK_SMP_IMPLEMENTATION_TYPE to OpenMP or SMP. Are these errors also easily resolvable?

You are building in 32bit but your Qt is in 64bit. Unless specific reasons, you should build 64Bit.