Patchy appearance of zoomed in surfaces

I have been seeing this issue for a while on the last few releases of Paraview. I just downloaded and installed 5.9, and I’m still seeing it, so I figured it was finally time to address it.

Zoomed out, things look pretty good, but when I zoom into surfaces, I see a lot of “patchiness” (for lack of a better term). See below. 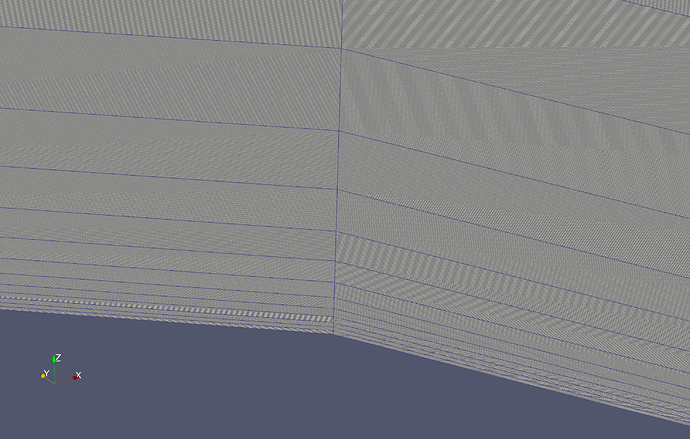 What is causing the geometric striping/patches/crosshatching that appears in the surface when zoomed in? Is there a fix or a setting that can eliminate this?

Looks like coincident topolgy issues. Take a look into the related settings in Edit->Settings->RenderView

We’ve found that this can be caused by precision issues when the shader that displays the edges calculates normals. If you provide normals with your geometry, this issue is greatly reduced.
In ParaView, you can use the GenerateSurfaceNormals filter to do this.

Thank you both for responding.

Aron, unfortunately, the “Generate Surface Normals” filter is not available, since this is not vtkPolyData (unless there is another way to generate surface normal data?).

The case I showed in my first post is a multi-block dataset (created from opening a structured .cgns file). However, I have seen this problem with unstructured data/grids as well (see attached .vtu file).

However, I did notice that when the camera is normal to the surface, the patchiness is not present… it’s only when viewing surfaces at an angle. This makes me think Aron is on to something with the calculation of surface normals.

Mathieu, for the coincident topology settings, can you be more specific? I’ve played with some of those, but haven’t had any luck. I’ve changed the “Resolve Coincident Topology” method, and changed the “Polygon Offsent Parameters.” Is there anything else I can try?

I know this might seem minor, but there are situations where I need to zoom in to cases like these and snap screenshots to show small-scale turbulent structures, etc. So, any other help is greatly appreciated.

PS. You can observe the pictured effect by opening the .vtu file, tilting the camera a bit, and zooming in. 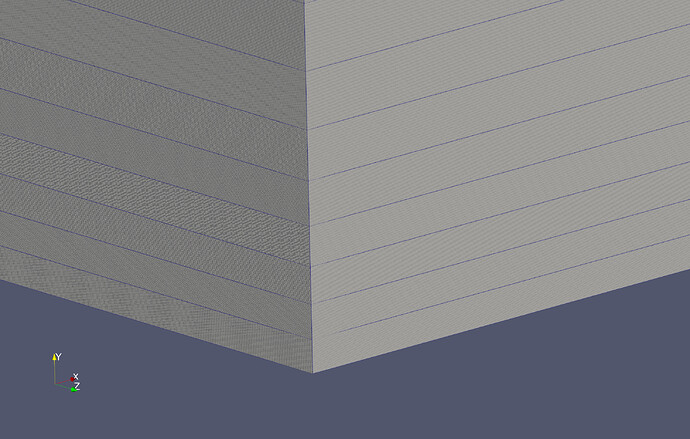 Kenneth, thank you! I ran the extract surface filter followed by the generate surface normal filter, and that cleaned up the surfaces nicely. I no longer see the patchiness when zooming in.

@Ken Martin what do you think?

As you guessed it looks and sounds like a partial derivative issue in the shader.