Reflect & Glyph, how to add vectors at the symmetry plane

I have a small mesh with two cells. And some vector data at the points (nodes). I use Reader->Glyph to get the left figure.
Now for this mesh and the vector data Y Min is a symmetry plane. Thus, I use Reflect, more specific Reader->Reflect->Glyph and get the right figure. 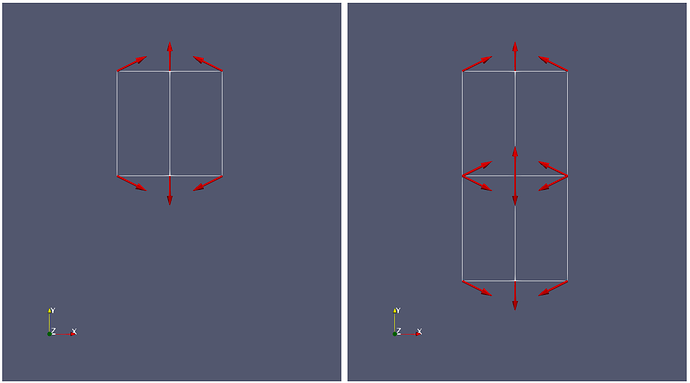 How would I do?