run into an issue when import .vtu generated by Abaqus

I wonder if someone would be able to come up with a good solution regarding my issue.
My python script is designed to extract nodal temperature (NT11) variable from abaqus and eventually the script writes .vtu file using ParaView XML format.
I haven’t had any issue with my script for a couple of years, but recently ran across new issue.
With this FE model,
the script does make .vtu without any error in abaqus, but Paraview shows nothing when import the .vtu file. But I am noticed something is wrong because the .vtu file size is less than 1KB. 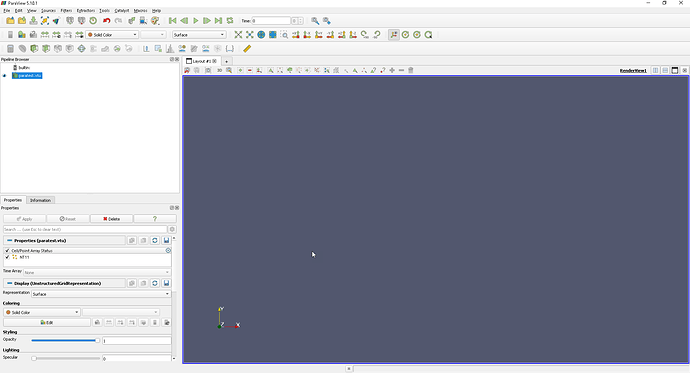 image1920×1040 83.2 KB
Since I haven’t gotten any errors either from abaqus or Paraview, I have no idea what causes this issue.
So could someone please take a look at it?

*ps1) if you would like to use my script for any reasons, you would be welcome to use.
*ps2) when tested with different model, the script works perfect as shown below: 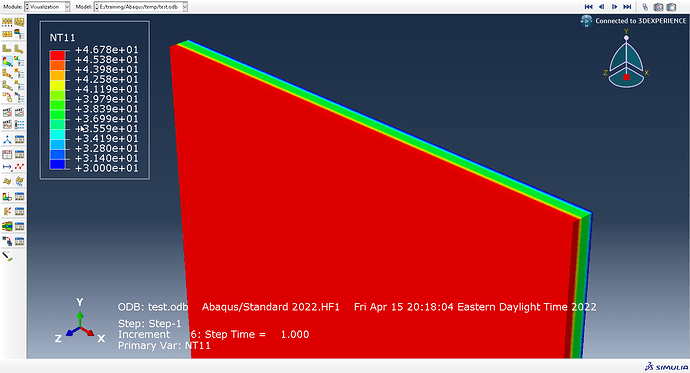 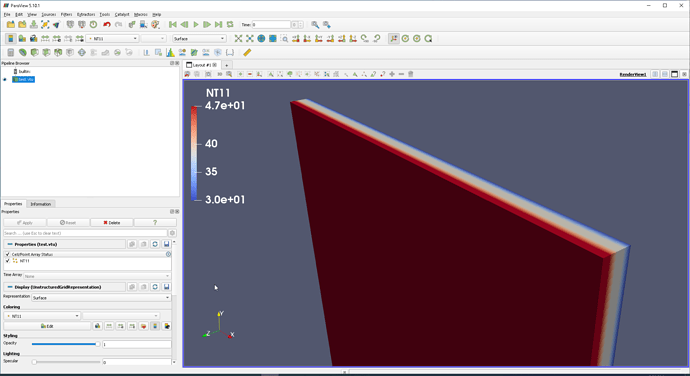 Isn’t the problem that the converter script doesn’t support uppercase for identifiers such as *NODE and *ELEMENT?

No, that’s not causing the issue I addressed.

I don’t have the odb input and the Abaqus python library, so I can’t test it, but at least I was able to load the nodes and elements into ParaView with the following changes to the script.

Yes, I tested with your changes in the script and I am able to import the model. It looks good. Thank you for your tips.
btw, I’ve never seen this uppercase issue before. so how were you able to figure that out on your side?