In my investigations of PV 5.11 I stumbled upon an issue that has been there before, but seems to be getting worse. The shortest description that I can give is that vtkViewNode objects (typically generated by a vtkViewNodeFactory, such as within the raytracing backend) don’t seem to have their visibility/lifetime maintained in a way that corresponds to the visibility of their renderables in a typical render view, especially right at the start of creating a new renderview. This results in for example the 3D widgets of a slice plane not being hidden when I open a new view and enable the ray tracing backend:

It seems like this particular issue is related to the vtkPVMetaSliceDataSet, which populates two different vtkPVDisplaySizedImplicitPlaneRepresentation instances, one for the standard cut plane widget, and another for a Hyper Tree Grid Slicer widget. Visibility of the first one seems to be initialized badly on creation of a new view, whereas visibility of the hyper tree cutter seems to never be modified (I guess the controls are hidden?), so the viewnodes remain in memory all the time. Somehow when creating a new render view, they then pop back up in the old one along with the regular 3D cutter widget, but I haven’t been able to pinpoint the exact location of that issue in the PV source.

I’m not using the raytracing backend myself, but the plugin I work on is similarly relying on the scenegraph nodes to correspond with what’s visible in the view (for widgets) / added to the pipeline (for actors). Hopefully this can be investigated further based on the leads above. 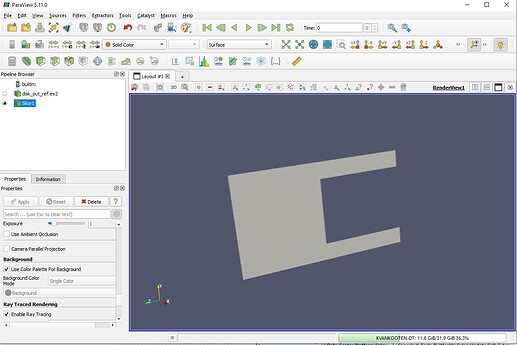 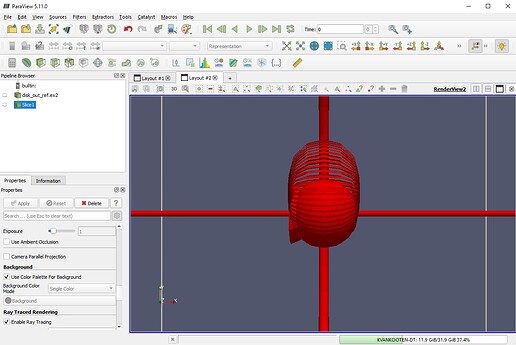 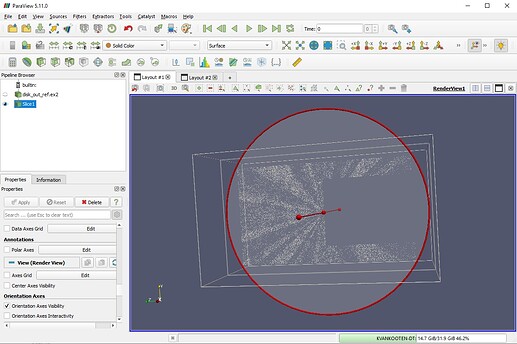 The second view (Step 6) will show the duplicated widget geometry (until you move the camera), whereas the first view will just show the standard plane cutting widget, which is still wrong since ‘Show Plane’ has been disabled.

This issue is being tracked here I think https://gitlab.kitware.com/paraview/paraview/-/issues/17247

@Sankhesh_Jhaveri - Intel contracted Kitware to fix this last year. It was fixed to the best of my knowledge, and has since regressed.

I have a fix for it in a branch. I’ll clean it up later today and create a merge request.