Tensor Glyph and other quadrics than ellipsoids

Tensors can be shown by quadrics. A tensor is either an ellipsoid, a hyperboloid of one or two sheets, or an imaginary ellipsoid. How does Paraview deal with tensors which are not ellipsoids? What kind of ellipsoid does it show instead of other quadrics?

I would greatly appreciate your reply.

The problem with general quadrics is that they are not bounded, so you would need an infinite surface to represent your tensor.

People use other glyphs for that purpose, for example, superquadrics: 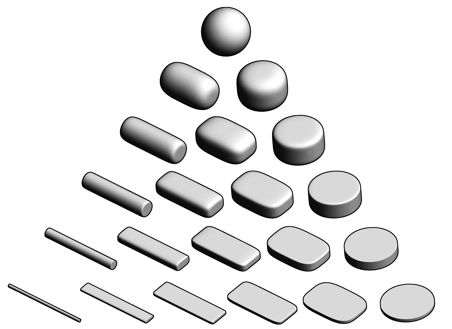