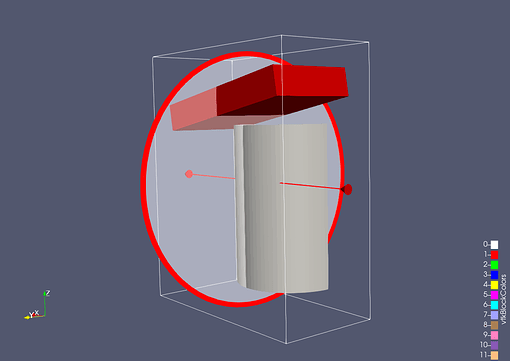 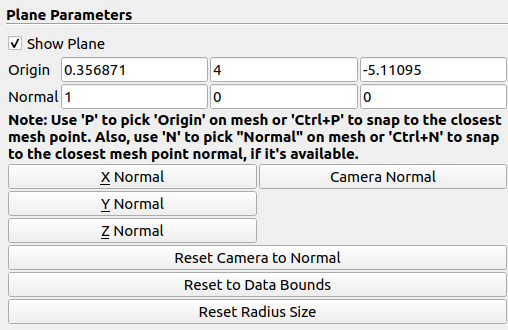 The main differences compared to the old plane widget are the following:

The adaptive size of the new plane is particularly helpful when you clip/slice a mesh, zoom to inspect it and try to (slightly) rotate. With the old plane, this would lead to moving/pushing the plane instead of rotating the mesh. With the new plane, you can now touch the mesh, because the disk plane does not occupy the whole screen, and you can change the radius size.

There are also a few issues with it:

To illustrate Mathieu’s meaning, small before / after 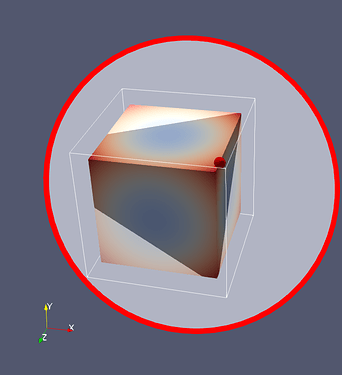 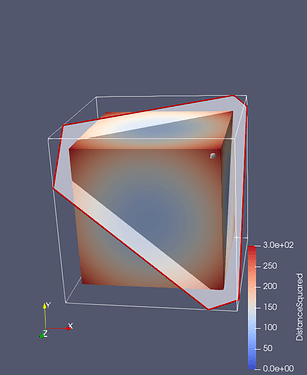 That said, interactions seem better to me

Interactions seem better with the new or the old one?

New interactions look better to me, thanks to highlight and picking tolerance

The outline that was used to clip the old rectangular slice has no use for the new circular slice, isn’t it? I propose to remove it as it is confusing - it looks like the outline for the data but slightly bigger.

Originally, I had the outline removed, but some people (don’t remember who) wanted it back. I guess we could have a poll for that.

My $0.02. I haven’t played with it yet, but many of these changes sound very nice. I am, however, a little leery about the switch from a plane intersecting the bounding box and a disk representing the plane. To my eyes, I’m having more trouble placing the disk in space than the plane/box intersection (even when intersecting the geometry). Maybe others are a having an easier time resolving the 3D location/orientation.

Is there a way to have both? Would it work to represent the plane as a sphere but also draw intersection lines in the outline? Something like this? 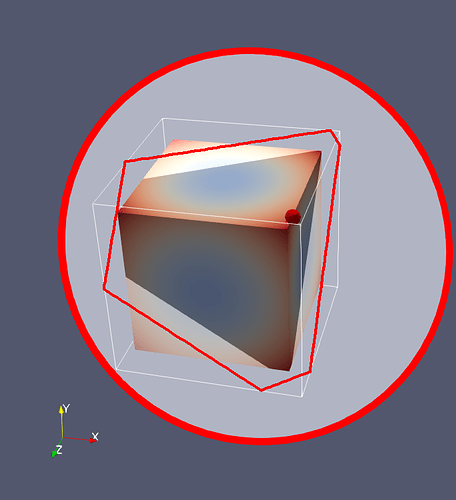 That is certainly doable and helps with the issue that you mentioned. Of course, the added intersection with the bounding box would not be interactive.

Do you think that by having both the disk and the intersection, we would confuse users as to which is the one that they should interact with? Maybe changing the color of the intersection could help with that.

Yes, if the intersection is not interactive, it would be best to be a different color. I would suggest making it a color that matches the shading. Alternately, instead of explicitly drawing the intersection, you could make the plane two different shades of gray (or probably more accurately, two different opacities of white): one for inside the bounds outline and one for outside the bounds outline. The interface between the two would be noticeable as a line but probably would not indicate interactivity. You could probably achieve that by rendering the plane twice: once for the disk and once for the intersection. The overlap would have more opacitiy.

Your initial comment made me think that you were suggesting to add just the edges of the intersection of the plane with the bounding box, not the plane too. If we have 2 planes that intersect/overlap and have different opacities, I am afraid that we might see weird visual artifacts.

Thanks for the clarifications and ideas for improving the new plane furthermore! Let’s see what other people think about that, and we will decide how to proceed!

@Kenneth_Moreland Thanks for articulating my thoughts !

By the way, here is the git bug list for the plane widget that was fixed (but not yet verified): https://gitlab.kitware.com/paraview/paraview/-/issues/21150

I mildly agree with Dan. Now, with a circle, and with Ken’s suggestion, and the object, we just have a mass of lines and objects. Maybe get rid of the bounding box? Maybe even make it optional, with a checkbox right below the Show Plane checkbox, default off?

I agree with Ken, I think. Having the outline/border of where the plane meets the exterior surface would be really nice. With regards to drawing the planes, … I am on the fence (assuming I understood…)