Plot over a Contour Line

Hi to the community!

I am doing some research in droplets and I am using phase field methods to solve some droplets in a domain. To visualize I am using ParaView looking into the different fields of the system. My droplets are defined by the density field and the “interface” I set is located at a constant value of my density. To be able to visualize such an interface I use a contour filter. That draws a line as the one I am showing in the image attached to this post (green line). Over the time (on each time step) this contour is changing position (due to the droplet changing in shape).

I would like to be able to plot quantities over that contour. I know that that contour is, so far, a bunch of points that happen to be next to each other and, in order to plot, I would have to have a curve that follows this contour (just theorizing here).

I don’t even know where to start looking. Even though I had used ParaView before, it was only to a certain extent, so perhaps there are many things I should be able to do that I have not realized.

Thank you all in advance! 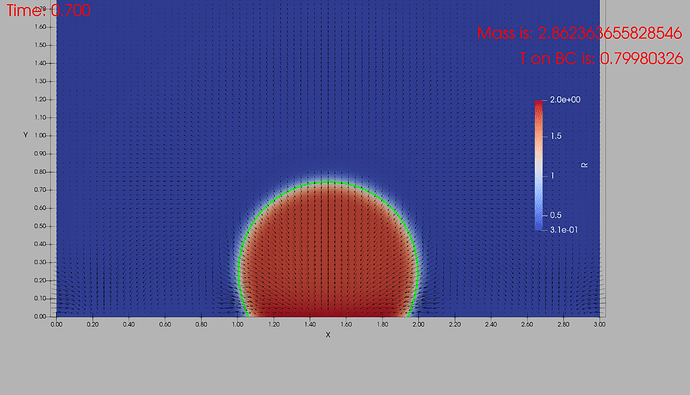 I tried a similar operation for plotting around the wing, which may be helpful here.

Paraview_Help.vtk (1.9 MB) Hi Community, There has to be a way to visualize the surface Mach plot or Cp plot from a 2D simulation. I cannot figure out the feature set where I can either extract the data from a polyline or the feature to look at the surface profile on the wing. Attached is the vtk file for our perusal. -SD