Hello,
I’m trying to configure the paraviewweb enviroment on Ubuntu 18.04.
Single user mode is very simple and succeed.
Multiple user mode has note been success until now~
I mainly follow this instruction: http://kitware.github.io/paraviewweb/docs/ubuntu_14_04.html
I have test many version of paraview, result as follows:
First, all version of paraview desktop bin file can be open, but is black and empty 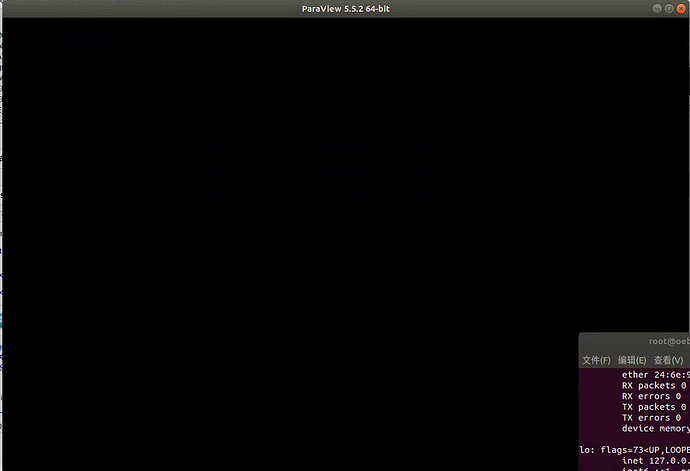 Again, I install Ubuntu 18.04 on a new Workstation.
Configure paraviewweb using version 5.2.
I modify the index.html as follows: 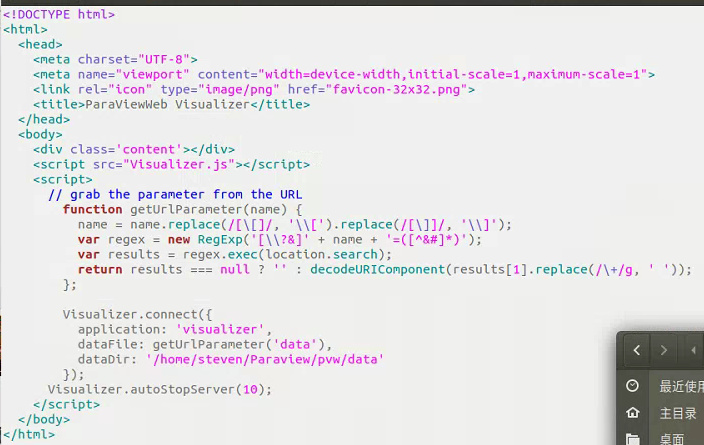 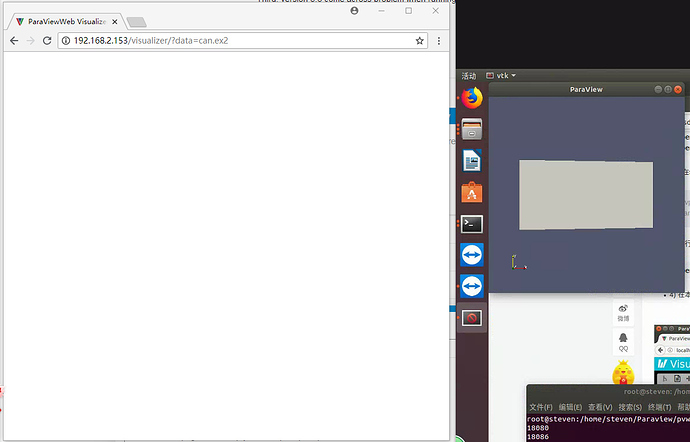 So I really don’t know where is the problem? Need your help, thank you~

It seems that your launcher configuration works as the ParaView process properly start, but it seems that the client side either error out or does not fully load.

First of all, the edit that you’ve done on the main page are not necessary (getUrlParameter) as that feature is now embedded inside Visualizer when you call `Visualiser.connectWithArgsAsConfig({ … }).

And hopefully with the answer with those 3 questions, I should be able to help you.

BTW, we have docker images that can be used which already have the multi-user setup. See for more details.

But to properly leverage your GPU, you will need an NVidia GPU.

BTW, I find that in win10 configuration doc, there is more than one line:
“content”: “<paraview-root>/share/paraview-5.2/web/visualizer/www”,
so, I also add this line to the configuration file on Ubuntu, but still not work

Can you open the development tab of your browser to see if any error show up?

I’m guessing the apache module for WebSocket tunneling have been properly installed and the rewrite rule is correct?

Also does the proxy.txt written by the launcher accessible by the apache user?

Do you mean that if I want to configure paraviewweb for multi-user mode, I can directly use the EC2 system? And it’s more simple for configuration ?

I’m just saying that if you are not familiar with setting up all those processes, users and network configuration, the EC2 guide reduce the amount of work you need to do on your machine as the full setup has been made inside a Docker image.

But in that setup, you won’t have access to the launcher config so loading a file at startup won’t be easy unless you build your own docker image where you override that launcher configuration file using the same base one as ours. It is fairly easy to do as long as you are familiar with Docker.

But I feel you are pretty close to get your current setup working.

BTW, did you patch the code to make the Visualizer compatible with ParaView like described here?

I try once again in browser, the screenshot is as follows: 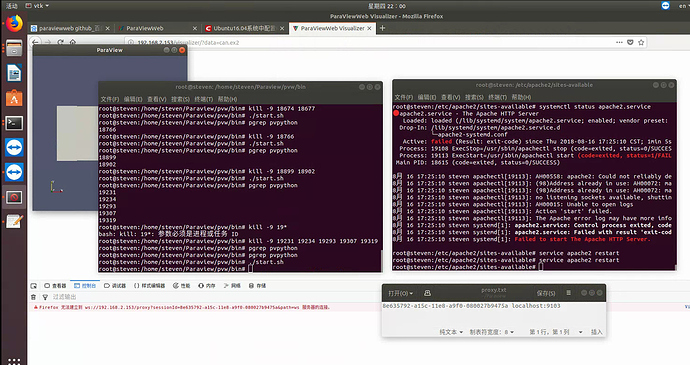 image.jpg1483×785 518 KB
In the right console window, I restart apache2, left console windows running start.sh
when I input the url, one paraview window prompt, and in the development tab of my firefox browser, a error is shown: firefox can not connect to the url of server.
jourdain (Sebastien Jourdain) August 16, 2018, 2:04pm #11

BTW with the latest ParaView, it is expected that the image/window you see remain black. That does not mean the actual rendering properly happen.

It is just that the Offscreen system works a differently/better.

Good that means that Apache is not forwarding the WebSocket connection.

Can you show the result of ls -al /full-path-to/proxy.txt?

Also what is your Apache config? (Want to validate the path to proxy.txt)

You skipped the security part in the documentation.

my directory structure is the same as the doc instruction.

You have that structure under your home directory, not at the root (/) or /opt.

Yes although you can tweak it by doing that with your user as long as you understand what you are doing.

The goal is to allow the Apache process to read that proxy.txt file while the user that run the launcher should be able to write it and run ParaView while using your GPU while not being a power user…

ok, I add a pvw-user in root dir

And then I modify the directory stucture and all the path in configuration file, it is expected to work?