I would like to apply superposition effect on two .vtk files,in order to visualize the resultant Von Mises stresses. The two files differs only on the presence of two additional components. If needed I can share the two files.

How do you compute that ?

I use paraview for Windows. I opened the two .vtk files, then I visualize Von Mises stress. After that I should use a programmable filter, suggested on a previous topic, but it doesn’t work.

Ok, but what computation would you like to do ? How do you want to combine the files ?

I would like to merge the stress tensor components, in order to visualize the resultant stresses. I don’t know if it’s correct.

This is a shot in the dark (because I think we are all still confused about what “merge the stress tensor components” means), but if you need to combine data from two .vtk files, perhaps the Append Attributes filter will do what you want. See this for more discussion: Difference between 2 Datasets

Basically, the OP is looking for something like this but one of his 2 data sets contains modified geometry/mesh: Results superposition

If the meshes of the 2 datasets don’t match, then you can use Resample with Dataset to map the field from one dataset to another dataset.

I tried, following this tutorial: ParaView map, resample, and combine different datasets [On Demand 3] - YouTube
But it didn’t work 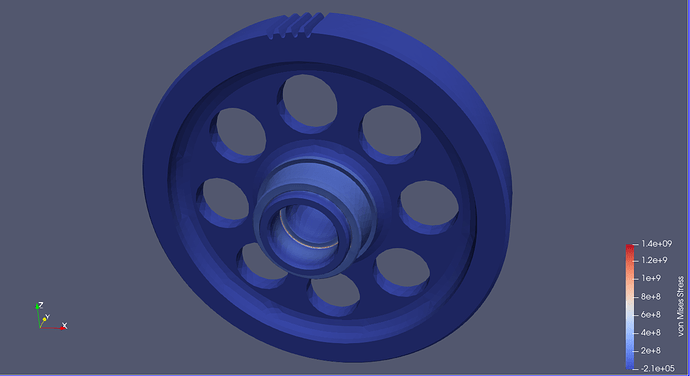 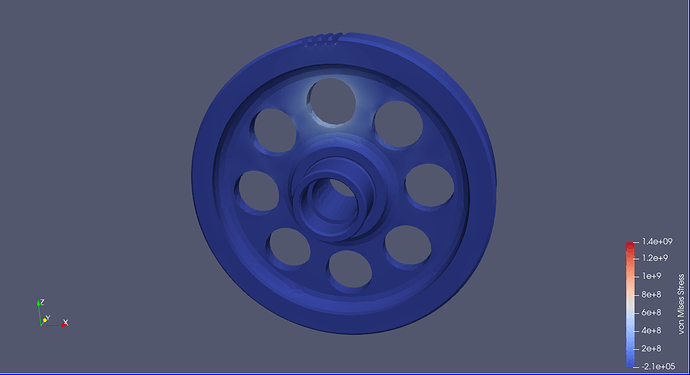 these are the two .vtk files, as you can see they differ from the bearings. I want to ‘‘sum’’ the von mises stresses for every single point(the components of the stress tensor, von mises stress is a scalar value) of the two different analysis, and visualize the result.

But it didn’t work

The description so far still sounds like combining the data with resampling. If we don’t know what goes wrong and don’t have the data there is not much we can do.

What I expected was to visualize at the same time the red internal ring (high stress value) of the first pic and the white portion around the upper hole (considerable stress value) of the second one (the pics are shown in the previous reply).
So, if it ran correctly, I would see ONE assembly with both remarkable values (I took them as an example, the stresses on every point should be the sum). It isn’t what I get. 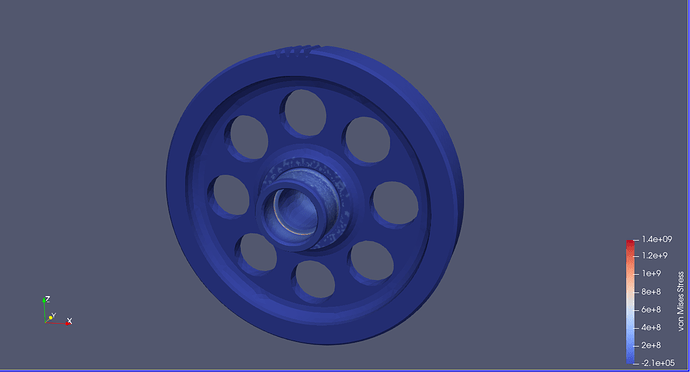 image1353×730 109 KB
As you can see, after resampling with dataset, I have the body of the second pic (the destination mesh), with the values of the first one (source data arrays), but NOT the stresses shown in the second pic.
Kenneth_Moreland (Kenneth Moreland) December 8, 2022, 7:09pm #13

It would be a lot easier to help you if you could share your data.

I can think of a couple of ways you might be able to achieve this. One would be to combine the fields with Resample with Dataset as described before and then use the Calculator filter to find the maximum between the two von mises fields.

These are the .vtk files:

Yes, combining the fields of the two datasets into one and then taking the max seems to do the trick. (There were a few steps to first rename, then resample, and then append the fields. 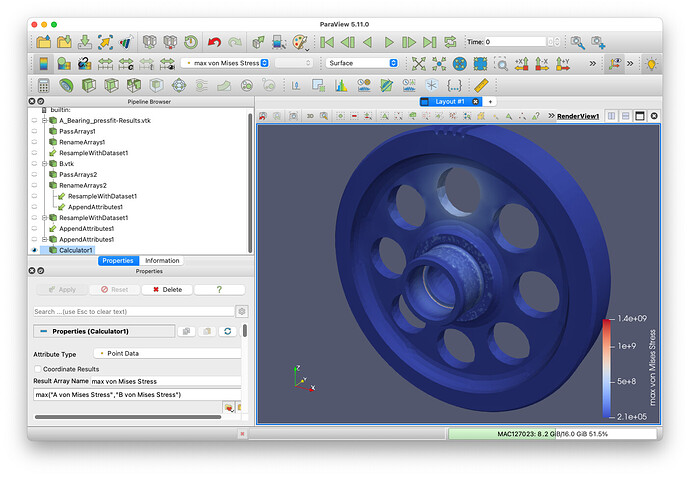 As I can see from the pic,it is exactly what I wanted, thank you. I have a few question after opening the file, beacuse it’s the first time I face Paraview:
1- How are applied the different ‘‘Append attributes’’? I would like to know the steps, especially for the last one, and the difference with the other with an arrow;
2-As I can see, the calculator finds the max value for every point. But can be eventually summed A von mises and B von mises?

Thank you for your patience.

Here are the full steps of what I did:

Hello, again. I am trying to sum every stress component. So, I started with the ‘‘xx stress’’. I did the same steps you suggested, but it ends with an error:

Thank you. I have a very last question. I would like to implement this equation on paraview:

where, for example, σyy is, the sum of the y-stresses of the two cases A&B, of the following save state:
SCRIPT_CORRECT_STRESS.pvsm (1010.4 KB)